I’m growing increasingly disappointed and weary while watching people go out of their way to attack Captain Marvel, a movie some of them haven’t even seen, based on the notion that lead actress Brie Larson has injected too much social or political activism into the Marvel Cinematic Universe with her mere appearance in it. It must simply escape such people that the MCU began with a film that took on the evils of war profiteering or that Civil War was a commentary on becoming so entrenched in your personal politics that you lose sight of who your friends are. If it isn’t obvious by now that superhero films and the comics they’re based on are no stranger to sociopolitical commentary in general, I don’t know what to tell you. Regardless, I’m going to zero in on how each of the most prominent actresses in the Marvel movie-verse has commented on feminism and how the current cultural landscape has shaped their experiences as actresses and women in addition to the interpretation of their respective characters. Perhaps, when all is said and done, some guys may rethink their stance that Captain Marvel is the best hill for their fragile egos to die on. More than likely, not, but here we go:

Here is Scarlett Johansson, aka Black Widow aka the first female superhero on the Avengers roster, discussing gender inequality and what drove her to attend the 2017 Women’s March:

“These are issues that are important to highlight, that there is an imbalance and that gender bias does exist, and we all need to stand together to support one another and highlight that imbalance — continue to fight for our rights.” 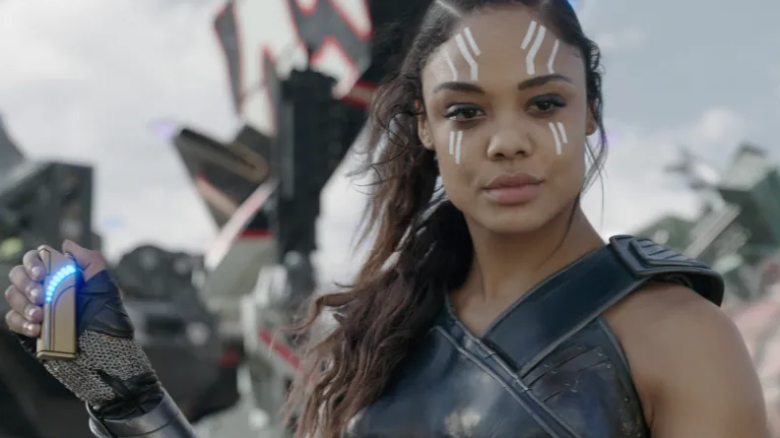 Tessa Thompson stepped into the role of Valkyrie in Thor: Ragnorak and she’s never been shy about where she stands in terms of race and gender politics.  In an interview with Black Girl Nerds, Thompson spoke about the MeToo Movement and how it has been propelled by women of color and why:

“…I think the voices of women of color are going to be so important, because we understand [it’s about] even just issues of safety. The gross abuses of power disproportionately hurt us. Because of where we’ve been positioned historically, women of color are not the first to be believed or embraced when we speak up against that injustice.”

Like Tessa Thompson, Evangeline Lily joined the Marvel movie-verse somewhat late but, also like Thompson, brought with her a body of work portraying powerful women, which she continued as Hope Van Dyne, The Wasp. While she was playing Kate on Lost, Lily claimed to be punished by a stunt coordinator she described as “misogynistic” by repeatedly performing a stunt that caused her arms to suffer abrasions over and over.

“I felt it was him saying, ‘I’m going to put you in your place for standing up to me,’” she said. “It was either cow to his power or hurt myself.” 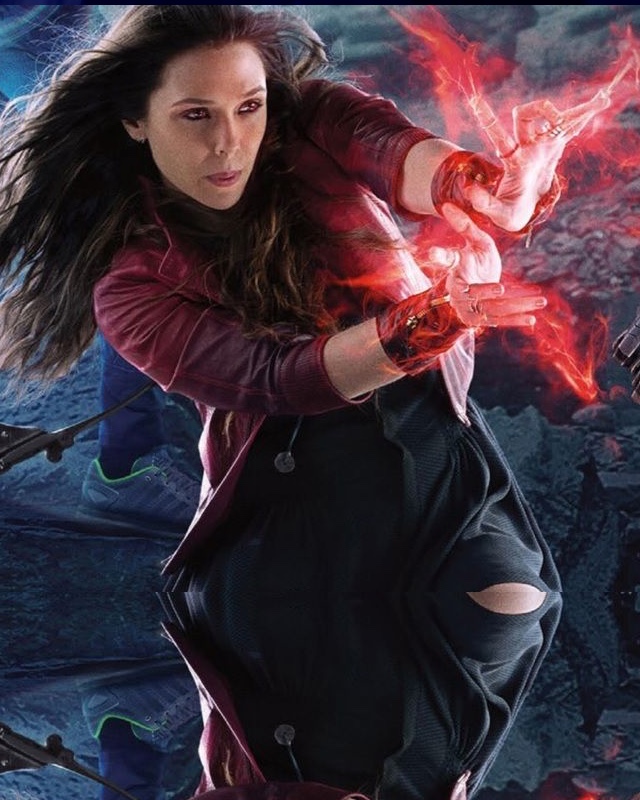 Elizabeth Olsen’s portrayal of Scarlet Witch has piqued the interest of new fans who are undoubtedly drawn to a superheroine capable of feats like repelling a nearly-fully-charged-Infinity-Gauntlet-wielding Thanos with one hand while destroying the last Infinity Gem with the other. Olsen has shown some fight during the filming of her other movies as well, even going so far as to battle for her character’s profanity-laced dialogue that, according to her, would not be questioned for a male character.

“There were certain things . . . when we were editing Wind River where I was like, ‘I’m not going to change that line, because if a man said it no one would give a fuck.’ You’re just like, ‘I’m going to fight this one. I don’t care if she comes across as being a little rude.’” 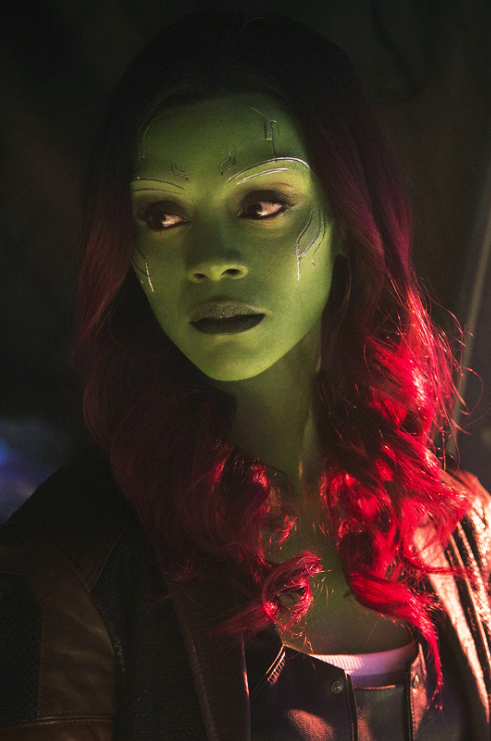 Zoe Saldana aka Guardian of the Galaxy’s Gamora, had this to say on what it means to be a feminist in Hollywood:

‘It means to be outspoken, to speak with conviction, to speak with love but also to speak with truth about what your experiences are. Not in a way to batter men’s reputation but to encourage establishments that are mainly male-oriented, or benefit males, to sort of step back and acknowledge the presence that females have been having, and the recognition and the compensation that we need having already moved forward.’

And just to dispel any takeaways that come to the inevitable tribal conclusion that this merely a case of a Marvel fanboy coming to the defense of his brand (I’m a much bigger DC Comics fan, by the way), here’s Wonder Woman herself, Gal Gadot, chiming in on feminism:

“People always ask me, ‘Are you a feminist?’ And I find the question surprising, because I think, ‘Yes, of course. Every woman, every man, everyone should be a feminist. Because whoever is not a feminist is a sexist.’”

Simply put, if you’re looking to use an actress’ comments on feminism, politics, race, or any other of the many social issues that have been tackled in the source material as an excuse to boycot or preemptively bash their movies, you may find yourself sitting out the entirety of future superhero cinema.

Thank you for taking the time to visit my blog. It's spit-shine-new, in that it's really new and probably contains a respectable amount of phlegm. If you like what you find here, feel free to follow me and share my posts. Thanks again.